The Westchester Community Foundation, one of the largest funders of nonprofits in Westchester, New York, has named Laura Rossi as its next Executive Director. Rossi said the Foundation plans to focus its philanthropic resources to address education and equitable smart growth issues. She plans to engage more donors on all of the Foundation’s programs, which are intended to make life better for all residents.

A lifelong resident of Westchester, Rossi joined the Foundation in 2007, and has been responsible for its grantmaking strategy. “Westchester is a county with great wealth, but many of our young residents face an uncertain future because they are not prepared for college or their career,” said Rossi. “Many families and senior citizens are struggling to hold onto their homes as the cost of living increases. We need equitable development – housing and transit options balanced with the protection of our natural environment to entice the next generation to live here. The Foundation will continue to address these and other needs.”

Theresa Kilman, Chair of the Foundation’s Board of Advisors, said, “Building on Laura’s knowledge of community issues, collaborative approach to making grants, and leadership focused on the Foundation’s philanthropic mission, we look forward to a dynamic future.”

Rossi is known for her work as an environmental grantmaker. She developed grantmaking initiatives to help communities lower their greenhouse gas emissions and engage residents to live more sustainably. Westchester County is becoming a leader in energy efficiency initiatives.

The Westchester Community Foundation is a division of The New York Community Trust, which has earned a reputation as the home of charitable New Yorkers who share a passion for the City and its suburbs. “Laura is passionate about engaging others in addressing community needs in Westchester,” said Lorie Slutsky, President of the Trust. “Her experience and abilities will promote the value of community endowment for Westchester’s future generations.”

Rossi succeeds Catherine Marsh, who is retiring after 16 years as Executive Director. Rossi was selected after a nationwide search. Rossi is the third Executive Director of the Foundation, which is celebrating its 40th anniversary.

The Trust formed the Westchester Community Foundation in 1975 to encourage local philanthropy. Westchester residents – from teachers to entrepreneurs – make the Foundation’s work possible, by setting up donor-advised funds or by establishing permanent funds to help local nonprofits. The Foundation has nearly 200 funds and current assets of $60 million. 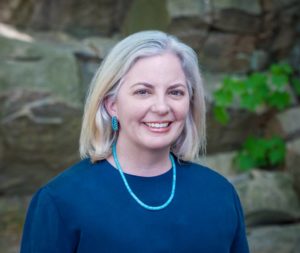 Buzz Creators, Inc. is Awarded “Workplace Winner of the Week” from WFAS Radio