Amanda Ayala, a former contestant on NBC’s hit show The Voice, is crossing over from Alternative Rock to Pop with the release of her new single “Lost You.” The song is an original, written by Amanda and produced by multi-platinum selling Mike Rogers. Rogers is best known for his work on iconic dance-pop hits including “Groove is in The Heart” and “Wiggle It.” The track is currently available for pre-order and will be released to all music platforms on Friday, May 24, 2019. (iTunes, Spotify, Tidal, Pandora, iHeart, etc.).

At just 17 years old, Amanda made her first major music breakthrough as a contestant on NBC’s Emmy award-winning show The Voice. Her live audition was a rendition of “Mississippi Queen” by Mountain and turned three out of the four judge’s chairs. Having to decide between Blake Shelton, Pharrell Williams and Adam Levine was tough, but ultimately Amanda went with her gut and chose Team Adam. Her singles “Mississippi Queen” and “Edge of Seventeen” debuted within the Top 100 iTunes Rock Chart. Most recently, Amanda appeared with her band on TopGolf’s original television show “Who Will Rock You?” judged by Dee Snider of Twisted Sister where she placed within the quarter finals.

Amanda’s new single “Lost You” was inspired by many deep emotions that she has felt personally over the course of her career. The song touches on many feelings that people encounter in their everyday lives. Anyone who has lost a friend, a loved one, or a partner can heavily relate to this track. The song stems from losing an extremely important person in one’s life where a goodbye came too soon.

“I have worked so hard on Lost You and I am so excited for the world to be able to listen to it! The song is very personal to me and I hope listeners will develop a strong connection with it as well,” said Amanda Ayala. “Being able to share my experiences and obstacles through my music is such an uplifting feeling. Thank you to everyone who has been by my side along this journey,” she added.

While Amanda has been singing since the age of three, her recent experience performing on television has launched her into the music industry and opened doors to perform with many talented bands and musicians. She opened for pop icon Taylor Dayne and girl group Expose at the Tuckahoe Music Festival. The opening performance was so riveting that Taylor Dayne invited her back on stage for a duet. Amanda was also featured at the Annual Pleasantville Music Festival in a line-up that included The Smithereens, Guster and Grammy award winner KT Tunstall. Some other notable artists that she has opened for include: Blue Oyster Cult, Eddie Money, Leslie West of Mountain, Nick Fradiani, Taylor Hicks, the late David Cassidy, and Sebastian Bach of Skid Row. 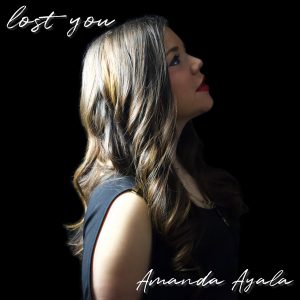