West Harrison, N.Y., February 16, 2022 – Over Valentine’s Day weekend on Saturday, February 12, Million Air Westchester, the luxury FBO at Westchester County Airport, hosted The Sato Project, for a touching day that united rescued dogs and their new families. In collaboration with Wings of Rescue, The Sato Project airlifted 120 homeless dogs from Puerto Rico to the FBO’s hangar.

In an effort to combat the homeless dog epidemic in Puerto Rico, Million Air was thrilled to host The Sato Project and Wings of Rescue on one of this year’s “Freedom Flights.” These are life-changing flights that allow each dog’s dream of a forever family to finally come true. Dozens of volunteers arrived at Million Air over the weekend to help unload the animals, complete paperwork and unite them with their new families who were eagerly awaiting their arrival.

“Our team at Million Air is grateful every year for the opportunity to host these rescue flights for The Sato Project and Wings of Rescue. We’re happy to provide the space needed for this loving union between Westchester families and their new pets,” said Roger Woolsey, CEO of Million Air. “The work that this organization does is nothing short of miraculous and we were proud to play our small part in this effort over Valentine’s Day weekend.”

In Puerto Rico, there are an estimated 500,000 homeless dogs roaming the streets and municipal shelters average a 94%-96% euthanasia rate. Wings of Rescue has been flying dogs from Puerto Rico for over three years carrying more than 4,000 pets to safety and bringing in over 140,000 pounds of humanitarian and pet aid. This past Freedom Flight was part of The Sato Project’s ‘Love is in the Air’ campaign. For every donation made to the campaign, individuals were given the option to either create downloadable Valentine’s Day cards, include a name on the dog’s travel crate, or add a personalized message to the side of the plane.

“It is so rewarding to see each dog go into the arms of their new adoptive family, foster family, or a trusted shelter partner,” said Tara Steinberg, Communications Manager of The Sato Project. “Now off the streets, these animals will get to experience what it means to be loved for the first time in their lives.”

Reach out to The Sato Project directly via their website to learn more about how to adopt, donate, or get involved. Interested adopters can also reach out to one of their shelter partners on this flight:  Animal Haven, Kent Animal Shelter, or Paws Crossed Animal Rescue.

About The Sato Project

Since its inception in 2011, The Sato Project has rescued over 6,000 dogs, rehabilitated them with the highest standards of veterinary care and placed them in loving homes in the mainland U.S. We are addressing the underlying causes of overpopulation, abandonment, and abuse through community outreach and low-cost or free spay/neuter and vaccine programs. To date, we have spayed/neutered over 7,500 dogs and cats.  Since the devastation of Hurricane Maria in 2017 and the earthquakes of 2020, The Sato Project has also expanded into disaster relief efforts, including distributing humanitarian and animal emergency supplies, pulling dogs from overburdened municipal shelters with 94%+ euthanasia rates, and reuniting families with their beloved pets via our No Dog Left Behind program.

About Wings of Rescue

Wings of Rescue is a donation-based charity flying large-scale transports of at-risk shelter pets from overcrowded shelters and disaster zones to partner shelters where there is empty kennel space and available adopters. Founded in 2012 and headquartered in Southern California, Wings of Rescue utilizes chartered cargo planes to “Let the Fur Fly” from and to locations in the United States and internationally. Since its inception in 2012, more than 60,000 pets have flown to safety. In 2021, Wings of Rescue flew 104 missions carrying 6,186 pets to safe havens and delivered over 67,000 pounds of humanitarian and veterinarian supplies to shelters in need. For more information visit wingsofrescue.org.

View an article about this event in Westchester Magazine. 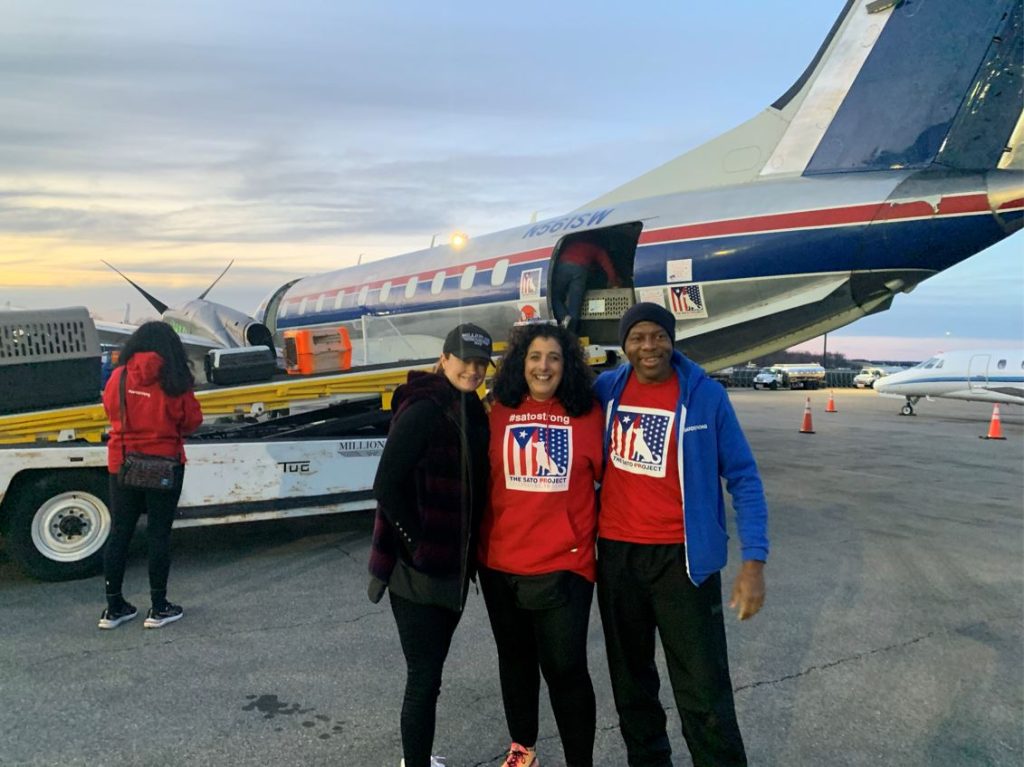