Buzz Creators client, MaxLove Project, is thrilled to announce they received a $50,000 charitable donation from Choon’s Design LLC, makers of the world famous Rainbow Loom toy, to assist in the fight against pediatric cancers. The donation benefits the MaxLove Project, a non-profit organization that raises money and awareness for childhood cancers and life threatening illnesses. Rainbow Loom is most famous for their colorful bracelets created and swapped by elementary school children. The brand first became popular among summer camps and clubs in 2013. Since then, many celebrities have also gotten in on the phenomenon, including Kate Middleton, Jimmy Kimmel, and even the Pope.

The donation was made at the MaxLove Project’s “Loom-A-Thon 2” that was held recently held (September 14) in Tustin, CA, in honor of Childhood Cancer Awareness Month. The festival was hosted by actress and mom Melissa Joan Hart (Sabrina, Melissa & Joey,) and it featured a myriad of activities and entertainment in a family friendly environment. Dubbed as “A Day of Awesome to Fight Childhood Cancers,” the event raised a grand total of $75,000 for pediatric cancer research and wellness treatments offered through the MaxLove Project. These funds will be used to support the MaxLove Project’s “Fierce Foods Academy” which includes its Fierce Foods Kits (kick-starter kits for families), free anticancer dietary intervention consultations with Registered Dietitians, cooking classes, an online support group overseen by a resident R.D., and the development of a cookbook.

A unique highlight of the event was a Loomonade Stand Challenge, in which kids and groups used their creativity to host a stand to sell their own loom-wares to raise money and awareness. For example, Orange County Elementary School students took a memorable stand against childhood cancer by competing in the first-ever “Loomonade” Stand Challenge at Peppertree Park. Their goal was to conceive and execute the most successful micro-business selling popular Rainbow Loom rubber-band bracelets. Each class of students gained experience with product planning, design, manufacturing, marketing and advertising, operations management, merchandising, sales and even human resources throughout the competition. SuperMax received worldwide recognition when he recently appeared on the late-night talk show Jimmy Kimmel Live, where Kimmel wore a suite made entirely of Rainbow Loom rubber-band creations. Rainbow Loom’s inventor, Choon Ng, made a special appearance at “Loom-A-Thon 2” as well.

In addition to the looming activities, the Loom-A-Thon also featured crafts, entertainment, healthy food, natural and therapeutic products from partners Cloud b and The Honest Company, and merchandise from Active Ride Shop and the MaxLove Brand. Featured musical acts included “kindie” rock bands such as Grammy® award winning Lucky Diaz and the Family Jam Band, the Peculiar Tales of the S.S. Bungalow, D.J. DAD, and more.

“It was an honor to host Choon, Fen and their beautiful daughters at our event. The Ng family flew in a day early in order to also join us at CHOC Children’s Hospital where they spent the day with children fighting brain cancer, teaching everyone how to Rainbow Loom. At SuperMax’s Loom-A-Thon 2, the family spent the day greeting guests, participating in photo ops, signing autographs, and cheering on Loomonade Stand Challenge participants. They presented their incredibly generous donation at the end of the day to a crowd of cheering young community activists. These very children who supported the explosion of the Rainbow Loom, are now using it to change their communities for the better,” said Audra D. Wilford,Chief Hope Officer at the MaxLove Project. “The Ng family models true empathy, compassion, and commitment to making positive change in the world. We are honored to partner with them and are beyond grateful for their incredible support,” concluded Wilford.

“It was a privilege to spend the day with SuperMax and all the kids at the Loom-a-thon 2. It was wonderful to see kids looming to help other kids. It’s great to be involved with such an important cause like the MaxLove Project. I am happy to donate to help out Max and all kids battling cancer,” said Rainbow Loom’s inventor, Choon Ng.

About MaxLove Project:
Inspired by SuperMax Wilford, a seven-year-old fighting brain cancer, MaxLove Project is a volunteer-driven, grassroots nonprofit organization founded to help SuperKids thrive against cancer and life-threatening conditions. Our mission is to provide families fighting childhood cancers and life-threatening conditions with accessible, practical, and kid-friendly whole-body wellness. Our ultimate goal is to support SuperKids in overcoming the odds—to thrive in treatment and beyond. We believe that all kids should have full access to every cancer-fighting tool available, including excellent nutrition and therapeutic resources such as acupuncture, physical activity, and healing narratives. For more information about the MaxLove Project, please visit http://www.maxloveproject.org. 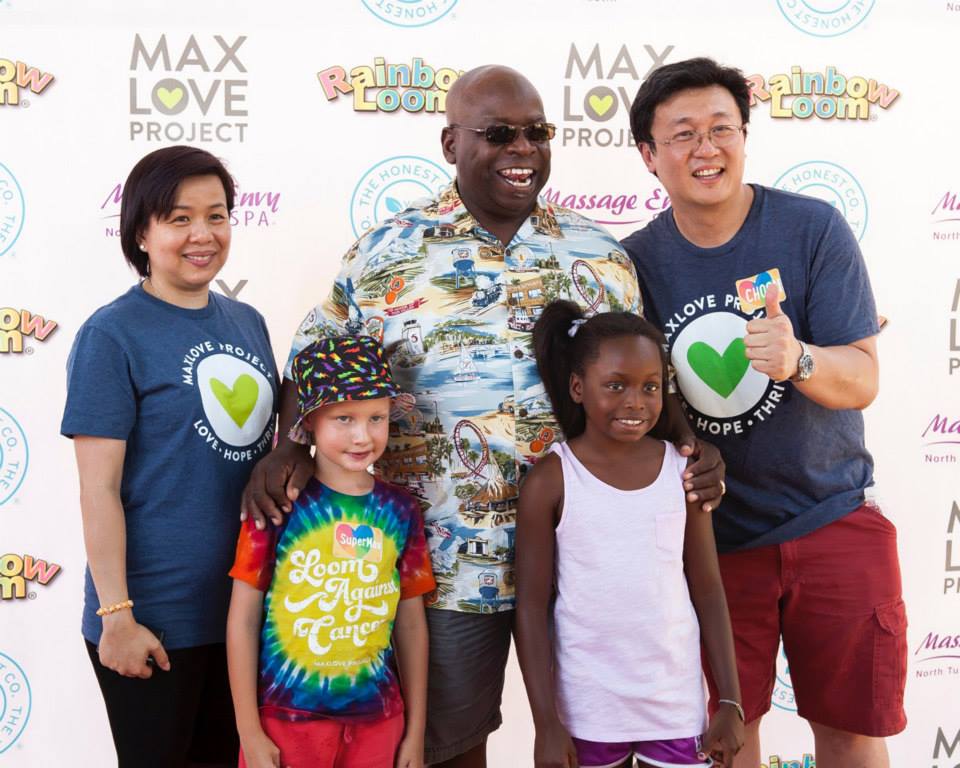 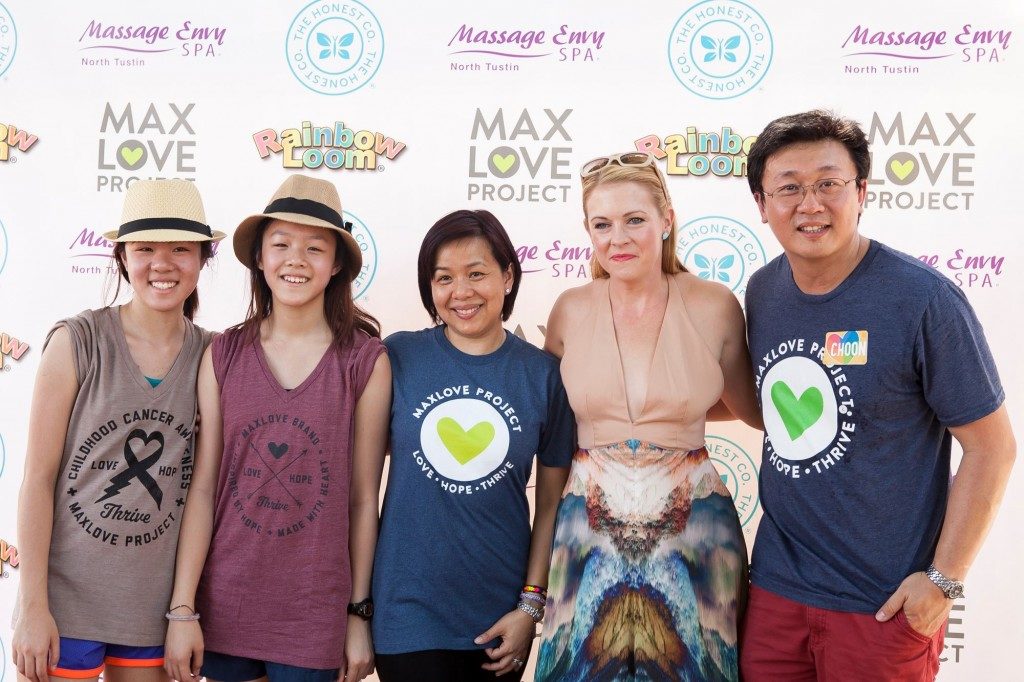 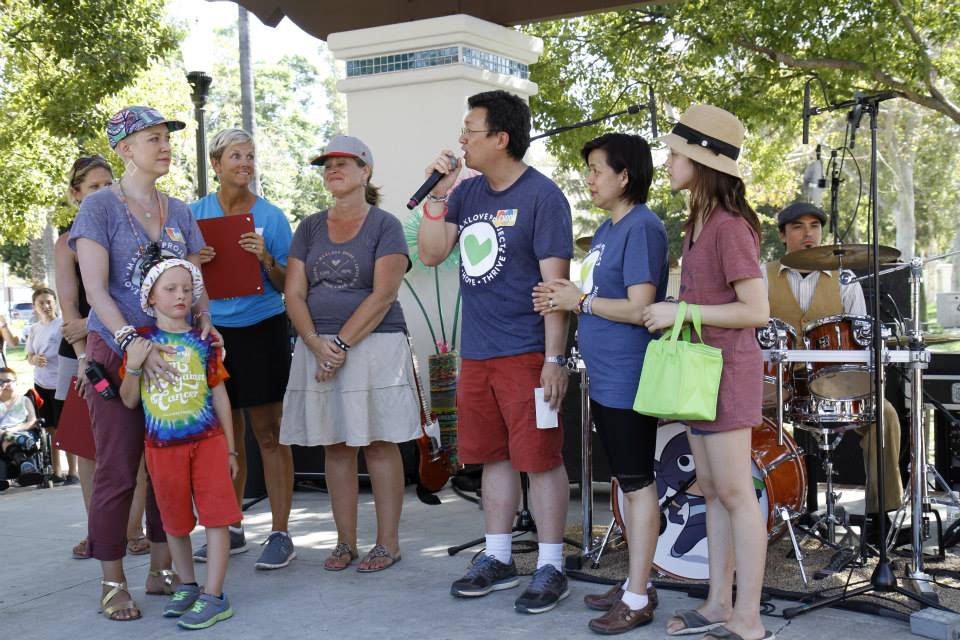 Created in the basement of former Nissan engineer, Choon Ng, Rainbow Loom® is the original rubber band loom that started the looming craze. It allows its user to weave rubber bands into colorful bracelets, murals and figures. Rainbow Loom® was the number one selling toy of 2013. It has been recognized with multiple industry awards. It is the winner of four TOTY awards including Toy of the Year 2014. It has become an international sensation and is now sold in 70 countries. Rainbow Loom® bracelets have been spotted on the notable wrists of Pope Francis, Prince William and the Duchess of Cambridge, Kate Middleton.