The Leukemia & Lymphoma Society’s (LLS) Westchester/Hudson Valley Chapter honored Buzz Creators with a Media Sponsor award at their end-of-year awards ceremony. LLS announced at the event that they raised nearly $1.1 million in its 2013 Light The Night campaign, the most successful in its history!!! The event recognized its top fundraising participants, honored patients, and sponsors at an awards party on Thursday, February 6th at the DoubleTree by Hilton Hotel in Tarrytown. More than 170 people were in attendance. 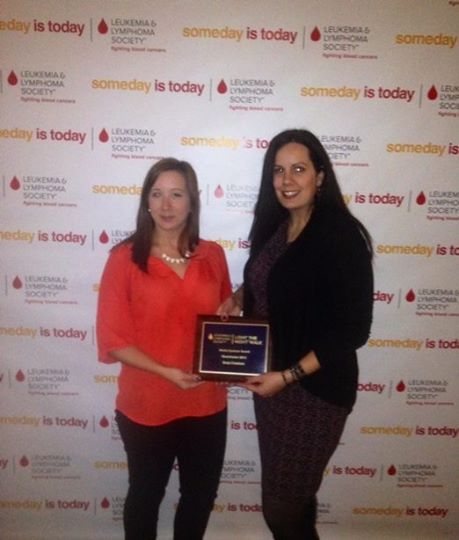